The source of the Nile river starts in the Rwenzoris, Africa’s tallest mountain range that stretch across western Uganda shrouded in mist and teeming with glaciers, waterfalls and alpine lakes. These ‘mountain’s of the moon’ are the home of Uganda’s mountain gorillas and tracking them through this majestic habitat is one of the country’s most iconic experiences. 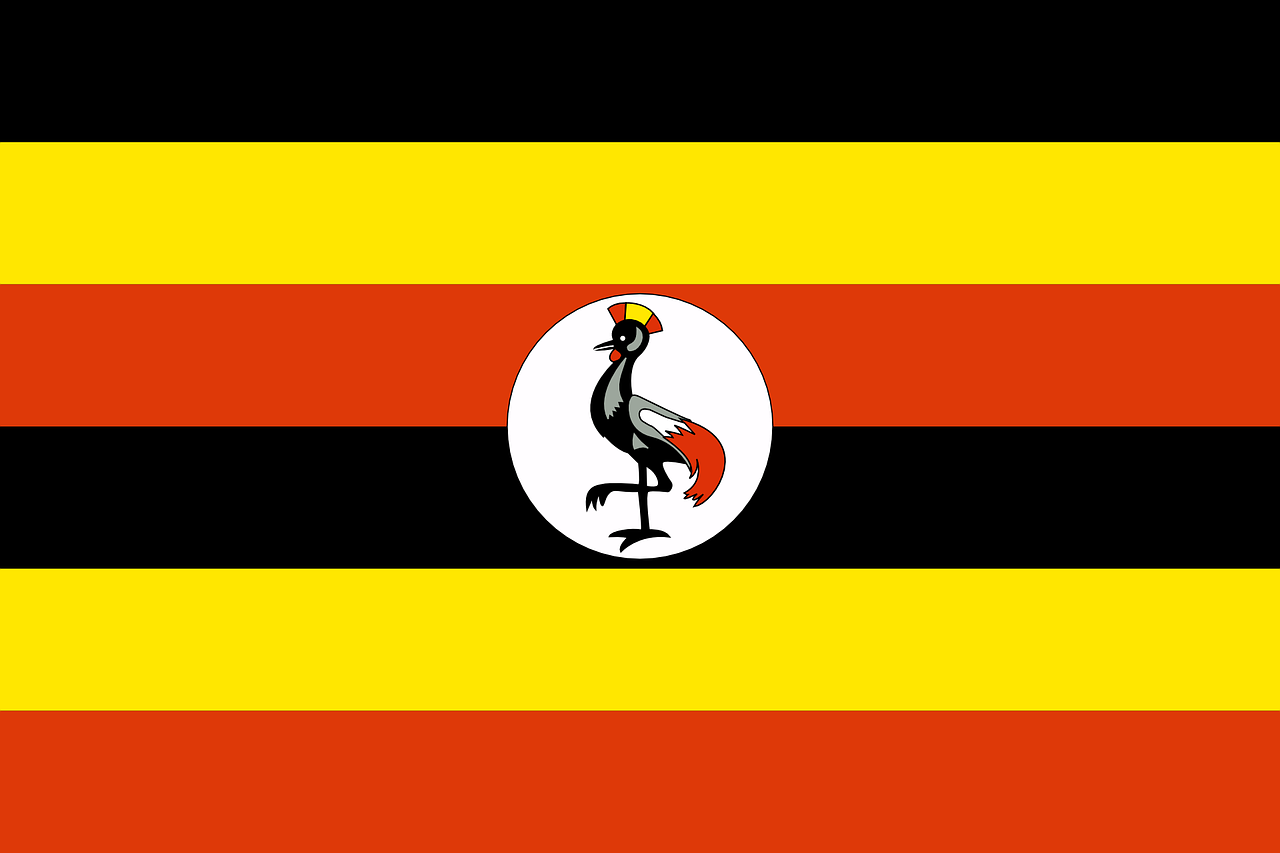 When is the best time to visit Uganda?

The best time to visit Uganda is during its two dry seasons: between December and February, and between June and August, when conditions are particularly good for trekking to see mountain gorillas and chimpanzees.

Game spotting in national parks is also good at this time, as well as between February and March. Large numbers of wildlife can be seen at waterholes from September through to early October.

Temperatures barely change throughout the seasons, sitting around 24°C to 30°C, so you can visit Uganda all year round. The country is also fabulous for bird spotting at any time of year.

Which are the most exciting National Parks in Uganda?

Uganda’s largest national park is one of its very best; animals are in plentiful supply and the raging Murchison Falls, where the Victoria Nile crashes through the rock and descends dramatically towards Lake Albert, is an unforgettable sight. Despite a decimation of animal numbers during the war years, numbers have recovered well and you can expect to see elephants, Rothschild giraffes, lions, Ugandan kobs (antelope), waterbucks, buffaloes, hippos and crocodiles, not to mention some 460 species of bird. 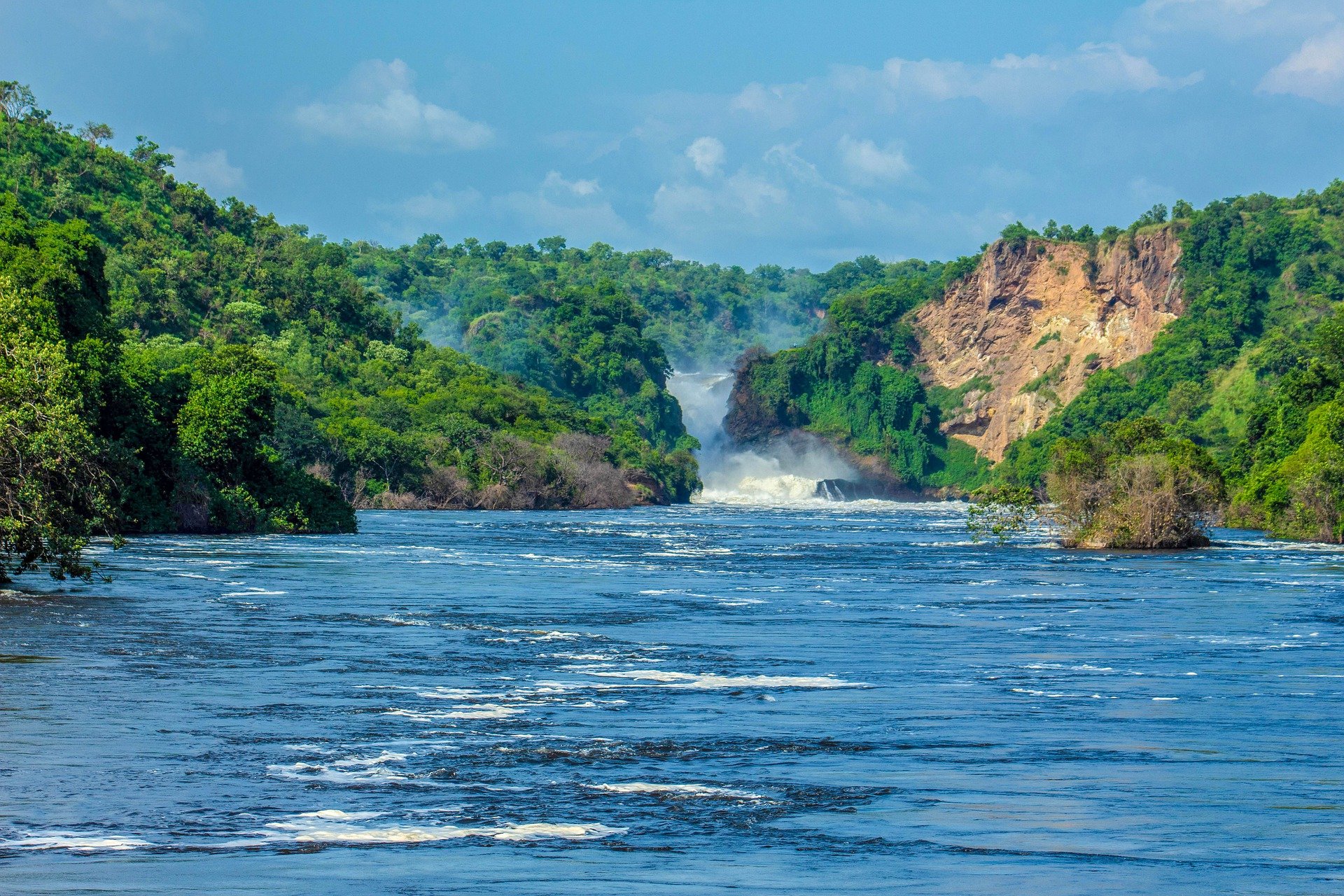 As well as its famous primates, the park contains 120 other species of mammal – more than any of Uganda’s other national parks – though sightings are less common due to the dense forest. Lucky visitors might see forest elephants, 11 species of primate (including chimpanzees and L’Hoest’s monkeys), duikers, bushbucks, African golden cats and the rare giant forest hog, as well as a host of bird and insect species. For birdwatchers it’s one of the most exciting destinations in the country, with over 350 species, including 23 of the 24 endemic to the Albertine Rift and several endangered species, such as the African green broadbill. With a good guide, sighting daily totals of more than 150 species is possible. On the greener side of the aisle, Bwindi harbours eight endemic plants.

Offering some of the most stunning scenery of any protected area in Uganda, Kidepo Valley National Park is hidden away in a lost valley in the extreme northeast of Uganda. The rolling, short-grass savannah of the 1442-sq-km national park is ringed by mountains and cut by rocky ridges. Kidepo is most notable for harbouring a number of animals found nowhere else in Uganda, including cheetahs, bat-eared foxes, aardwolves, caracals and greater and lesser kudus.

The legendary, mist-covered Rwenzori Mountains were named a World Heritage Site by Unesco in 1994 because of both their beauty and biodiversity. It’s the tallest mountain range in Africa and several of the peaks are permanently covered by ice and glaciers. The range, which isn’t volcanic, stretches for about 110km by 50km wide and is a haven for an extraordinary number of rare plants and animals, and new examples of both are still being discovered.

Rwenzori Mountains are presumed to be the Mountains of the Moon, described in AD 350 by Ptolemy, who proclaimed them to be the source of the Nile River. The three highest peaks in the range are Margherita (5109m), Alexandria (5083m) and Albert (5087m), all on Mt Stanley, the third-highest mountain in Africa. Two mammals are endemic to the range, the Rwenzori climbing mouse and the Rwenzori red duiker, as are 19 of the 241 known bird species. There’s thick tropical rainforest on the lower slopes transitioning to the bizarre afro-alpine moorland on higher reaches.

This fabulous national park is on nearly all itineraries, and while you’ll never be far from other safari groups, you’re guaranteed to see a large range of wildlife, potentially including giraffes, lions, zebras, hippos, crocodiles, buffaloes and elephants. The famous tree-climbing lions in the remote Ishasha sector of the park are a fascinating highlight, but many people also come specifically to see some of the amazing 611 bird species that can be found here.

Back in the 1970s, with its great herds of elephants, buffaloes, kobs, waterbucks, hippos and topis, Queen Elizabeth was one of the premier safari parks in Africa. But during the troubled 1980s, Ugandan and Tanzanian troops (which occupied the country after Amin’s demise) did their ivory-grabbing, trophy-hunting best. Thankfully, animal populations have recovered since then with thanks to improved park security and an emphasis on antipoaching patrols.

Besides the usual wildlife drives, the park is well worth a visit for the wonderful boat trip on the Kazinga Channel and a walk through beautiful Kyambura (Chambura) Gorge, a little Eden brimming with chimpanzees and other primates.

Although tourism is on a very small scale in Uganda, the infrastructure has improved rapidly over the last few years.

The main roads are in a good condition and even the unpaved roads are well maintained, whilst high quality lodges and small tented camps are now found in most of the national parks and game reserves.

Local food in Uganda is based around a meat or chicken stew eaten with one of four staples: rice, chapati, ugali or matoke. Ugali is a stiff maize porridge eaten throughout sub-Saharan Africa. Matoke is a cooked plantain dish, served boiled or in a mushy heap, and the staple diet in many parts of Uganda. Another Ugandan special is groundnut sauce. Mandazi, the local equivalent of doughnuts, are tasty when they are freshly cooked. Camps, hotels and lodges that cater to overseas visitors will serve a very international fare, and the quality of food prepared in the most remote bushcamps amazes visitors.

The official language is English, which is spoken as a second language by most educated Ugandans. There are more than 33 local languages spoken across the country. Almost everybody involved in the tourism industry, either directly or indirectly, will be able to speak some English.

The official currency used in Uganda is the Ugandan Shilling (USH). The most widely recognised currency is the US dollar followed by the pound sterling. Hotels will accept payment for food and drinks in either dollars or pounds. Some restaurants and shops in the tourist areas may also accept payment in US$. Due to a spate of forgeries nobody in Uganda, including banks, will accept any US$ bills issued before 2000 and it is best to carry smaller denominations. Credit cards are accepted at some of the major hotels but a 5-10% surcharge will usually be added. There are very few ATMs in Uganda. Do not rely on credit cards other than as a back-up.

The best way to travel around southern Uganda is by road as the distances are relatively small and the scenery wonderful, but we would recommend light aircraft flights for visits to Murchison Falls, particularly during the wet seasons.

Where to get more Information about Uganda?

Below you will find advertising banners and affiliate links of our partners and, at no additional cost to you, we may earn a little commission if you make a purchase. The purchase price itself does not change for you. Thank you for your support!

We use the site Booking.com the most for booking our accommodation. We have total confidence in this provider and have never had any problems with our bookings.

Click here to book your hotel through our partner: