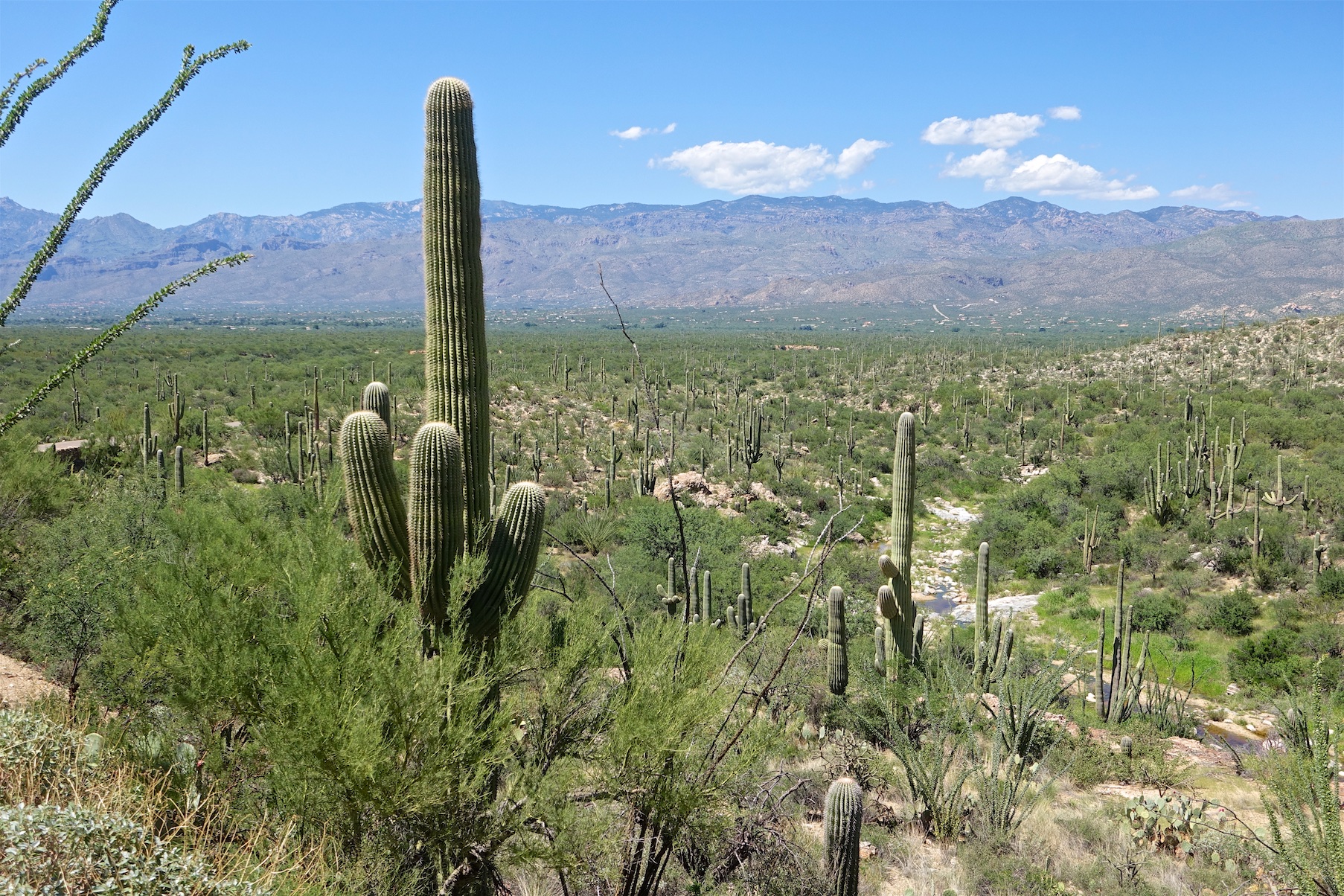 Arizona is home to the nation’s largest cacti. The giant saguaro is the universal symbol of the American west. These majestic plants, found only in a small portion of the United States, are protected by Saguaro National Park. The park is split into two sections, separated by the city of Tucson: the Tucson Mountain District on the west, and the Rincon Mountain District to the east. Here you have a chance to see these enormous cacti, silhouetted by the beauty of a magnificent desert sunset.

We only visited the eastern district which includes a healthy saguaro forest at the foot of the Rincon Mountains and a variety of other desert communities. We stayed half a day in the park. 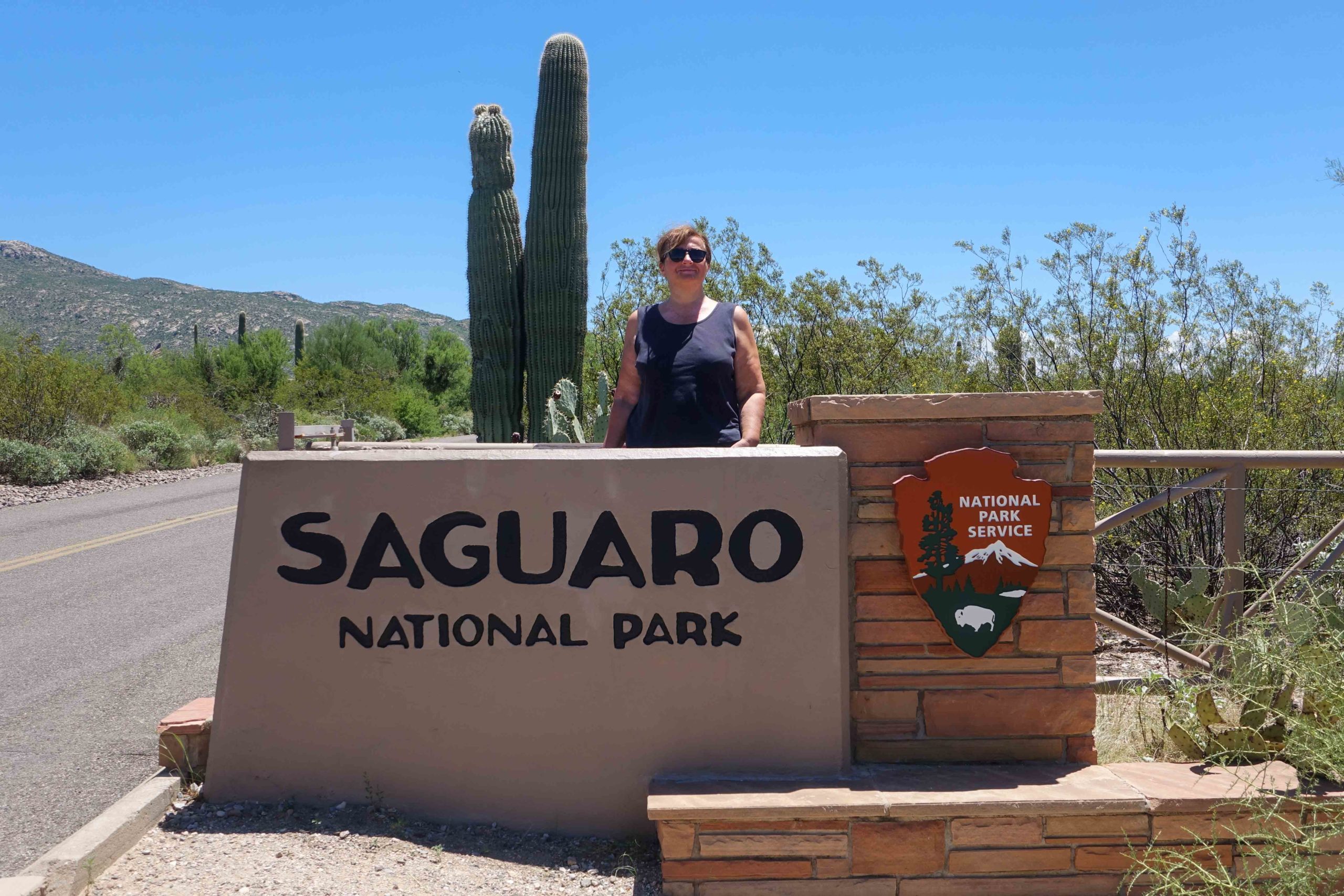 At the Rincon Mountain Visitor Center you will find books, brochures, trail and drive guides, maps, exhibits, and a slide program on the Saguaro and Sonoran Desert. Rangers can answer questions and help you plan your visit. 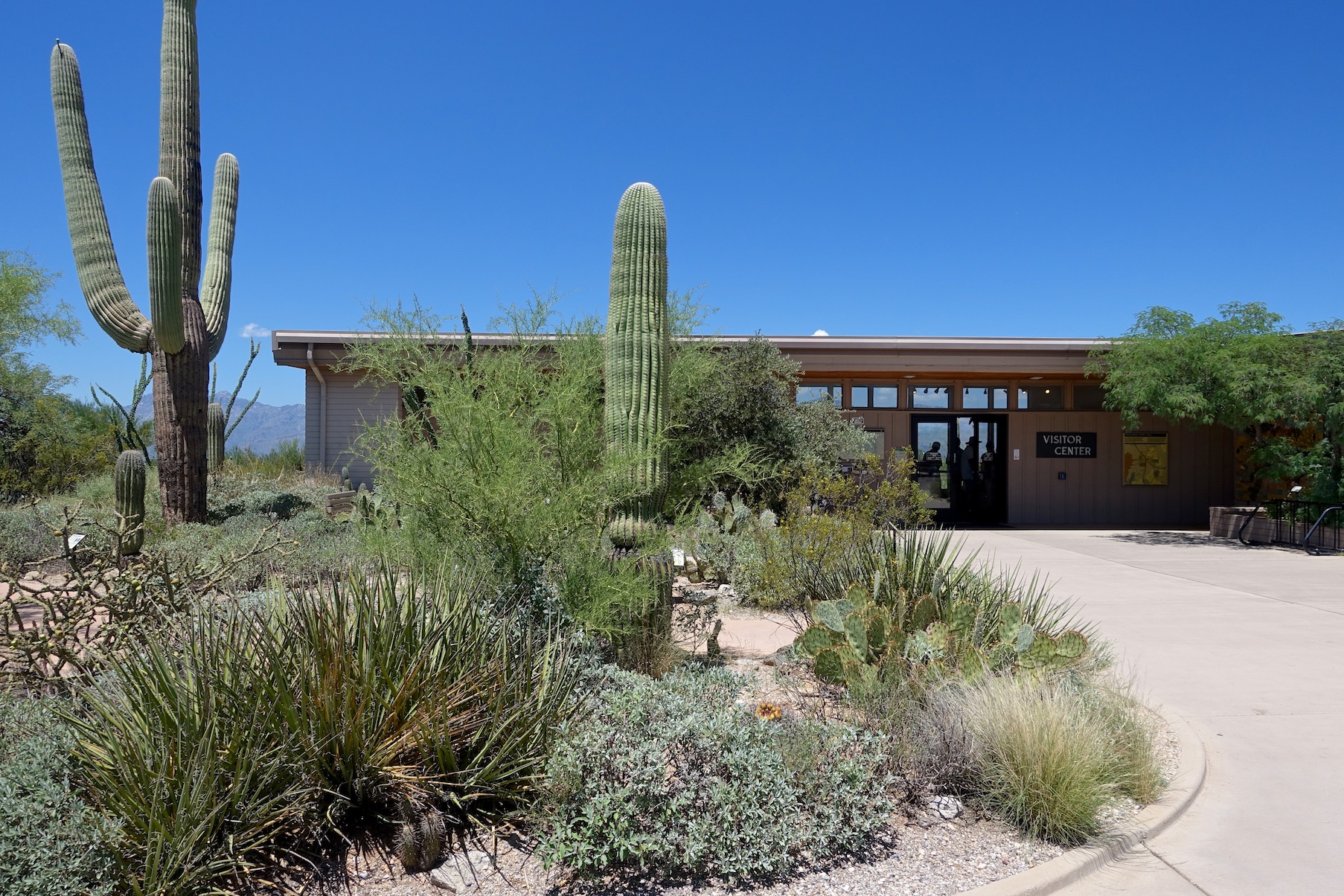 At the visitor center begins a paved one-way road, the Cactus Forest Drive. This 8-mile scenic loop drive winds through a saguaro forest and offers a close look at a variety of Sonoran Desert life. 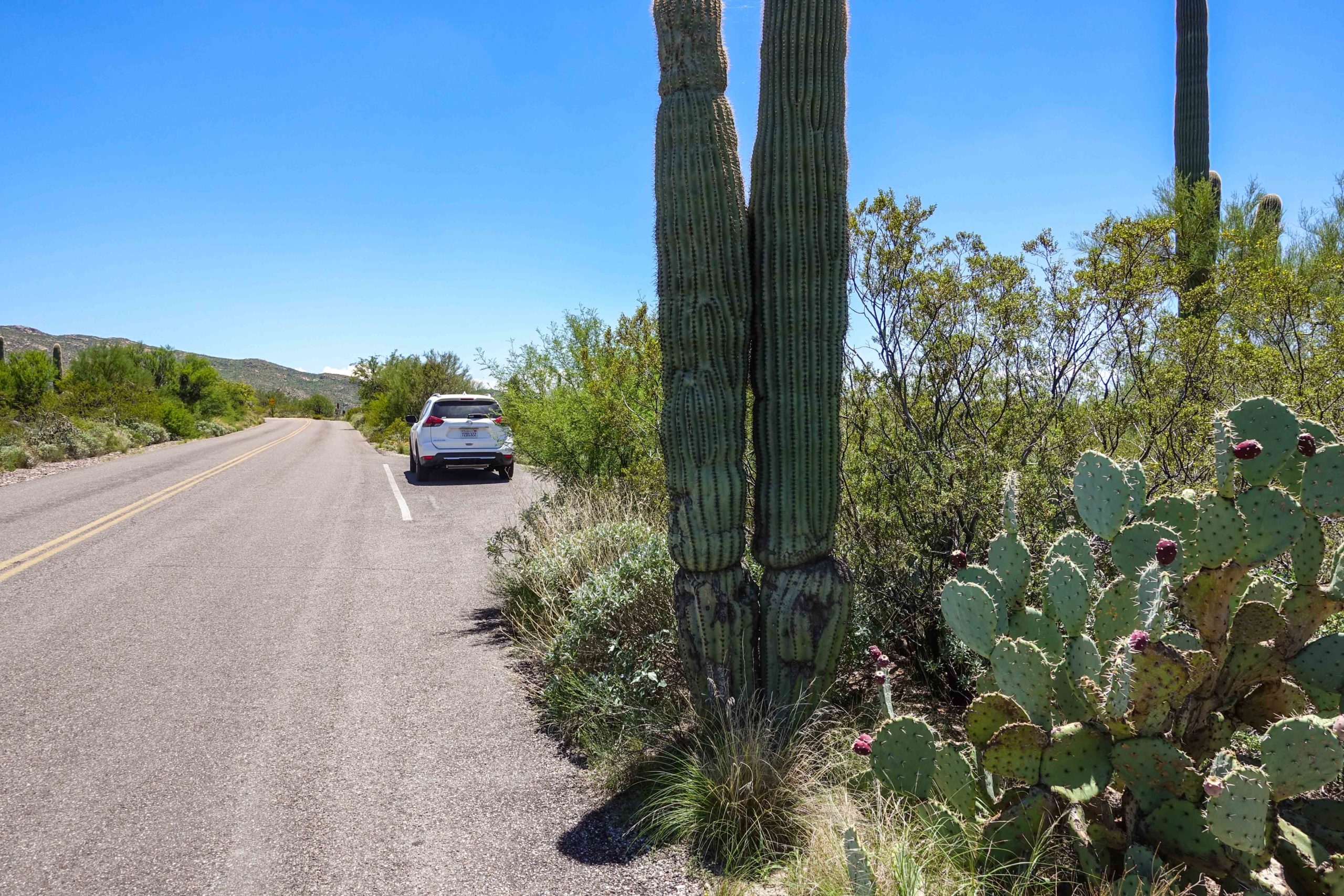 Trails along the Cactus Forest Drive are suitable for short (and easy) hikes into the desert environment. 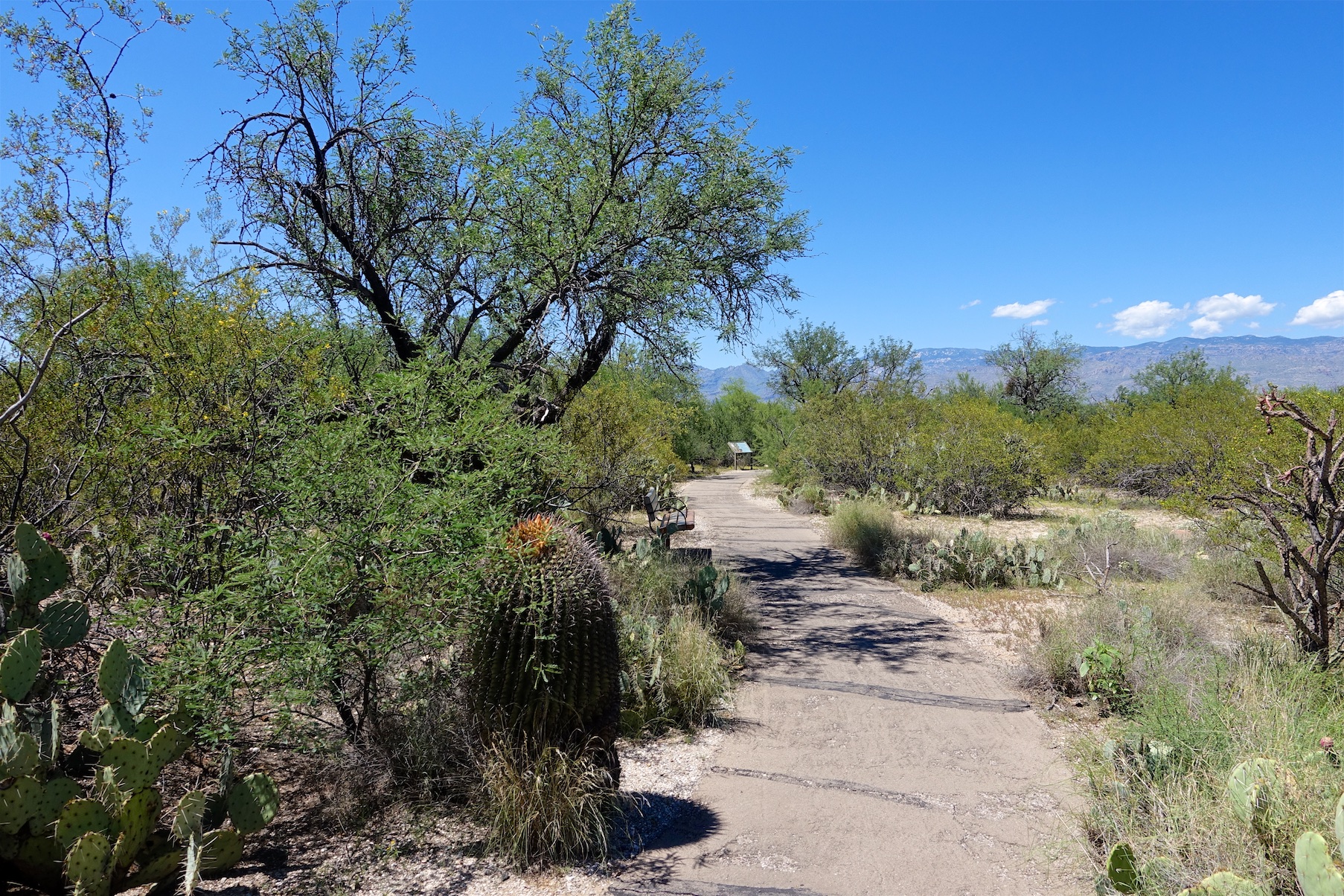 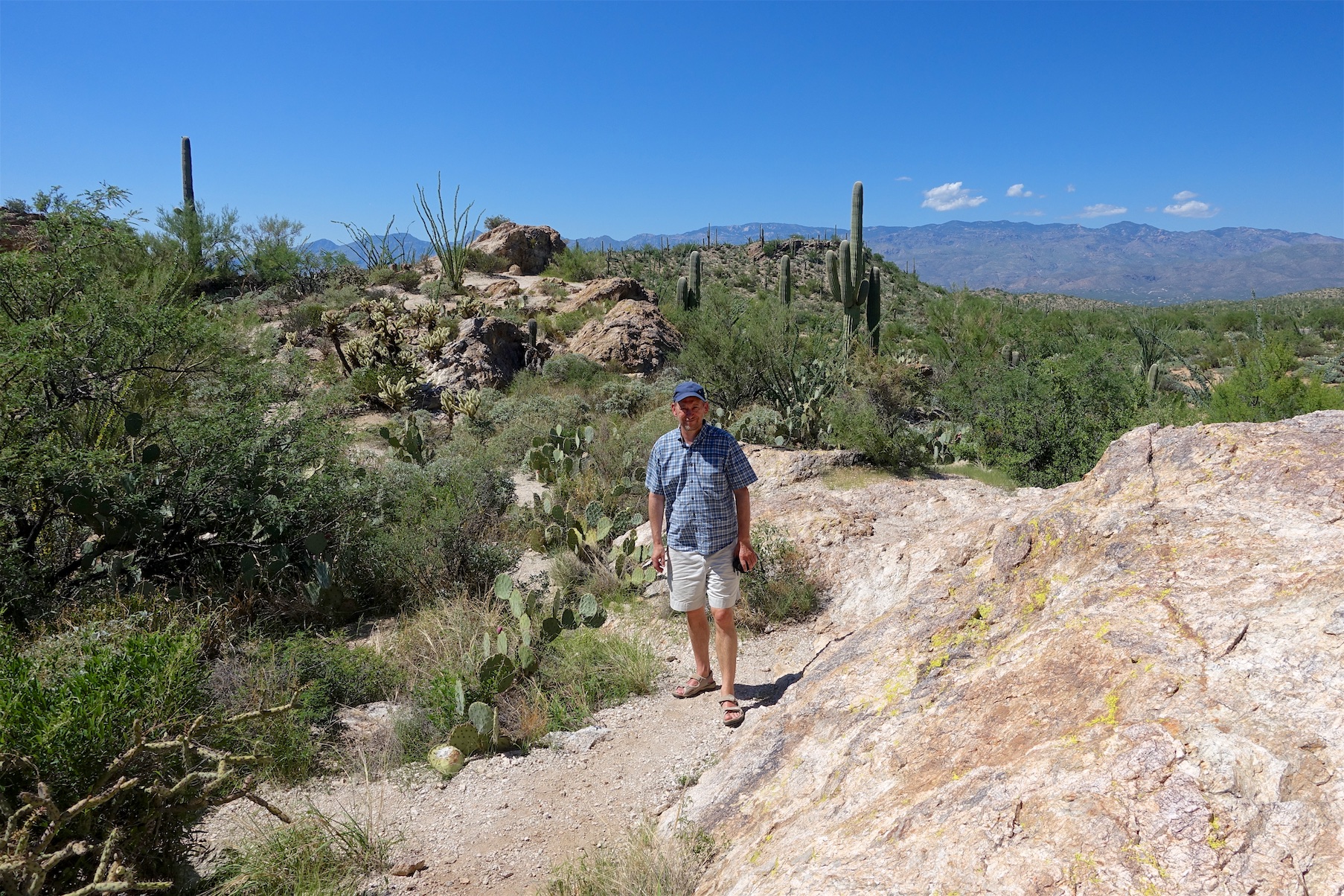 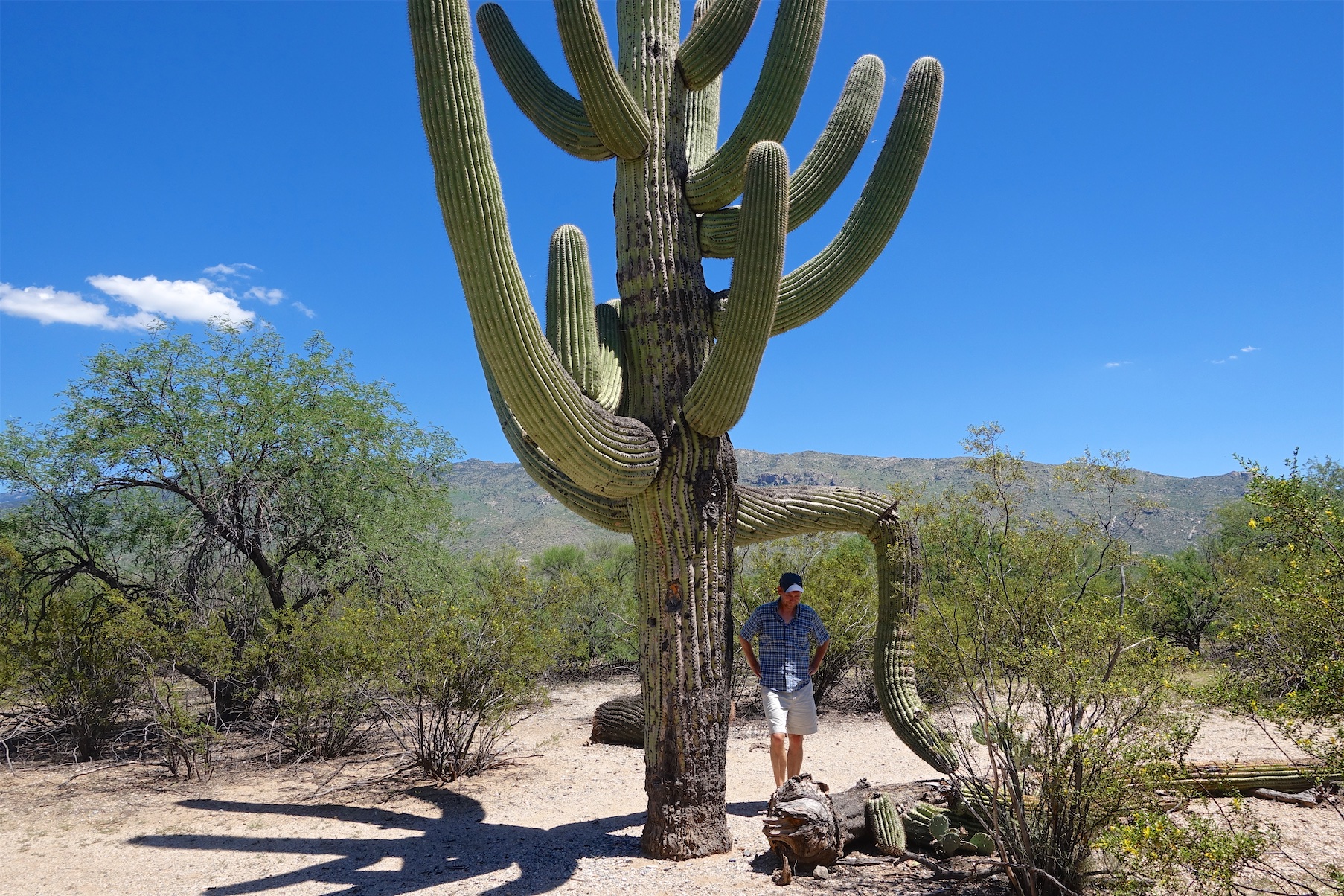 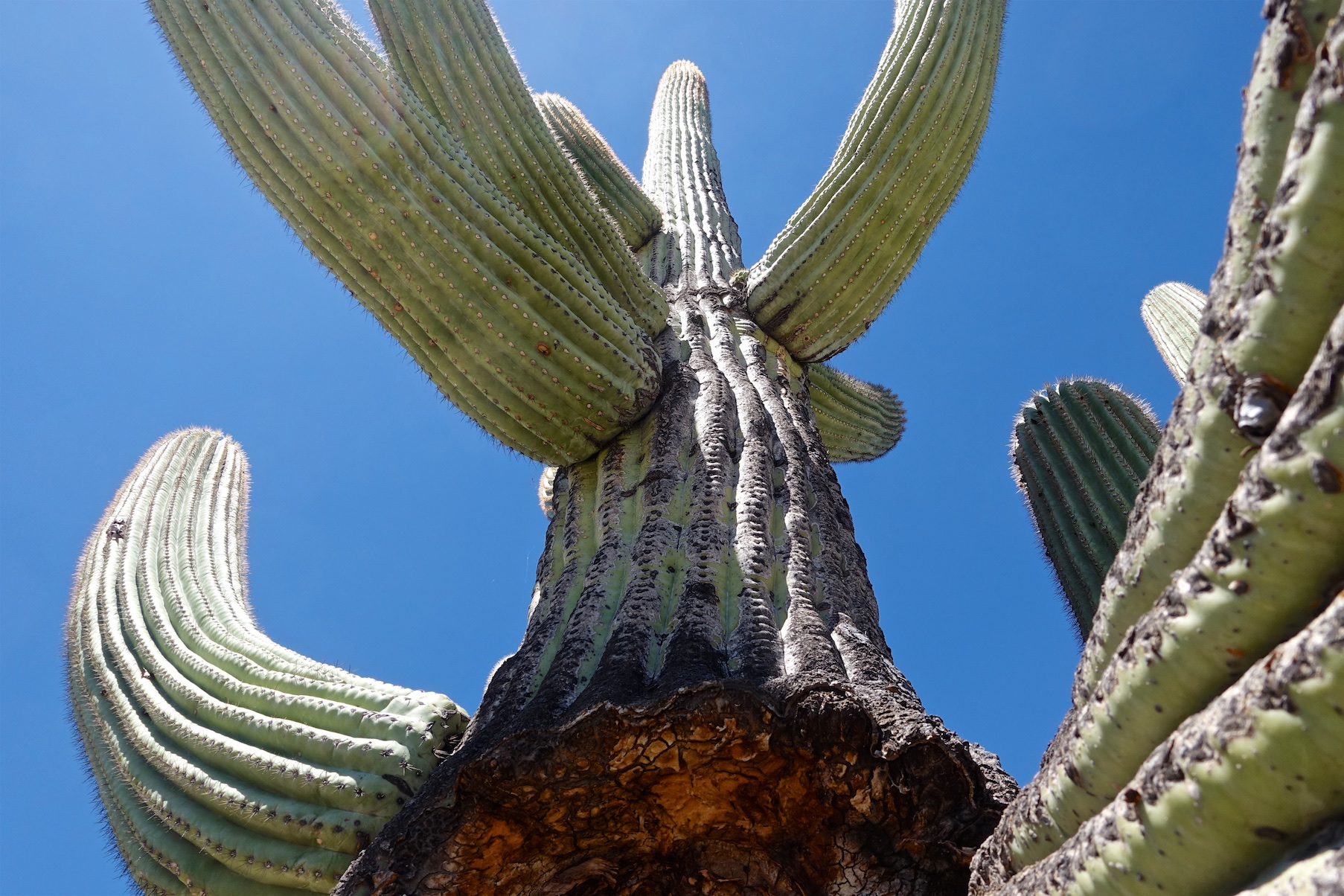 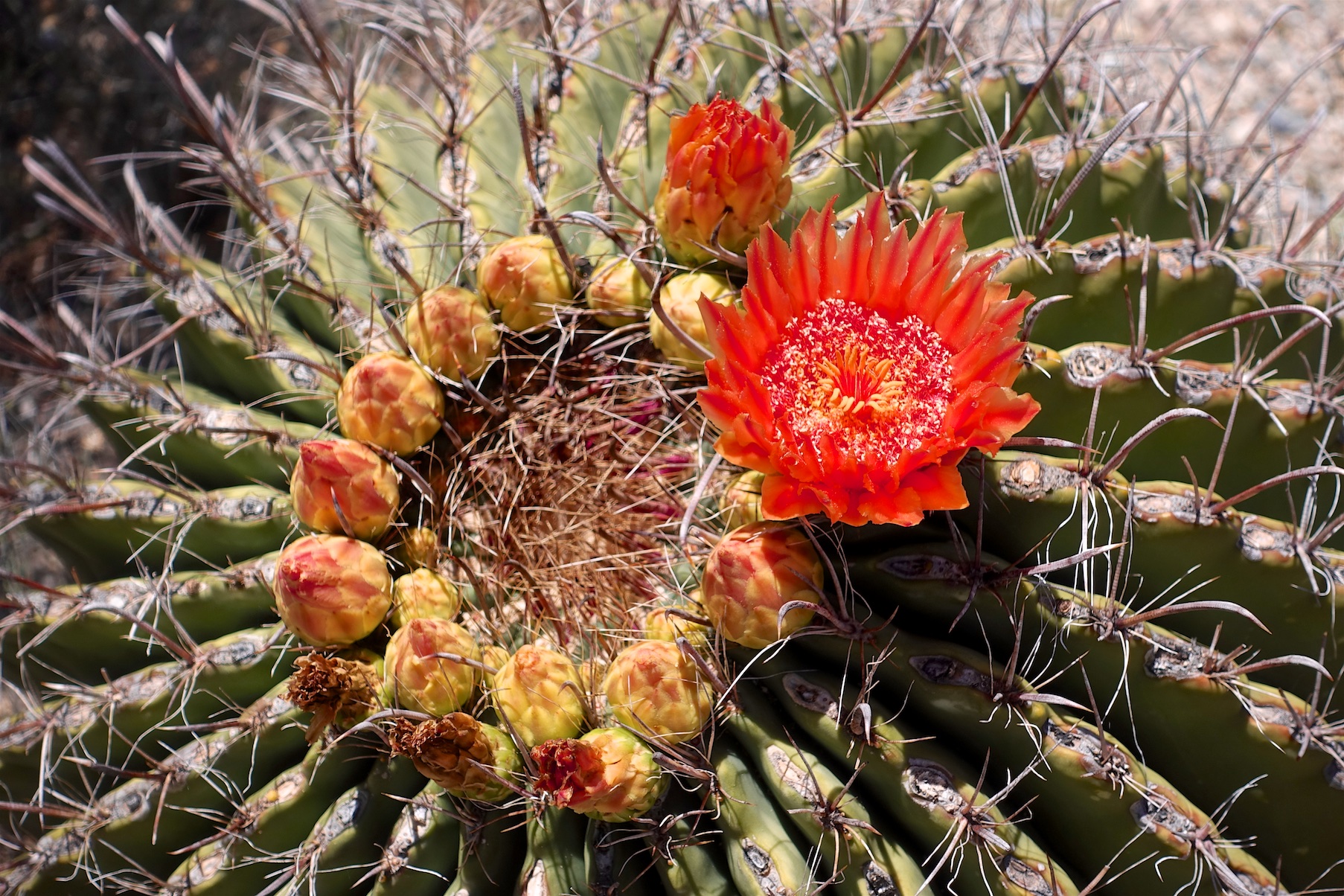 Where to stay near Saguaro National Park

You won´t find any hotel within the park, but there are a lot of lodging options in Tucson. We recommend the following hotel. 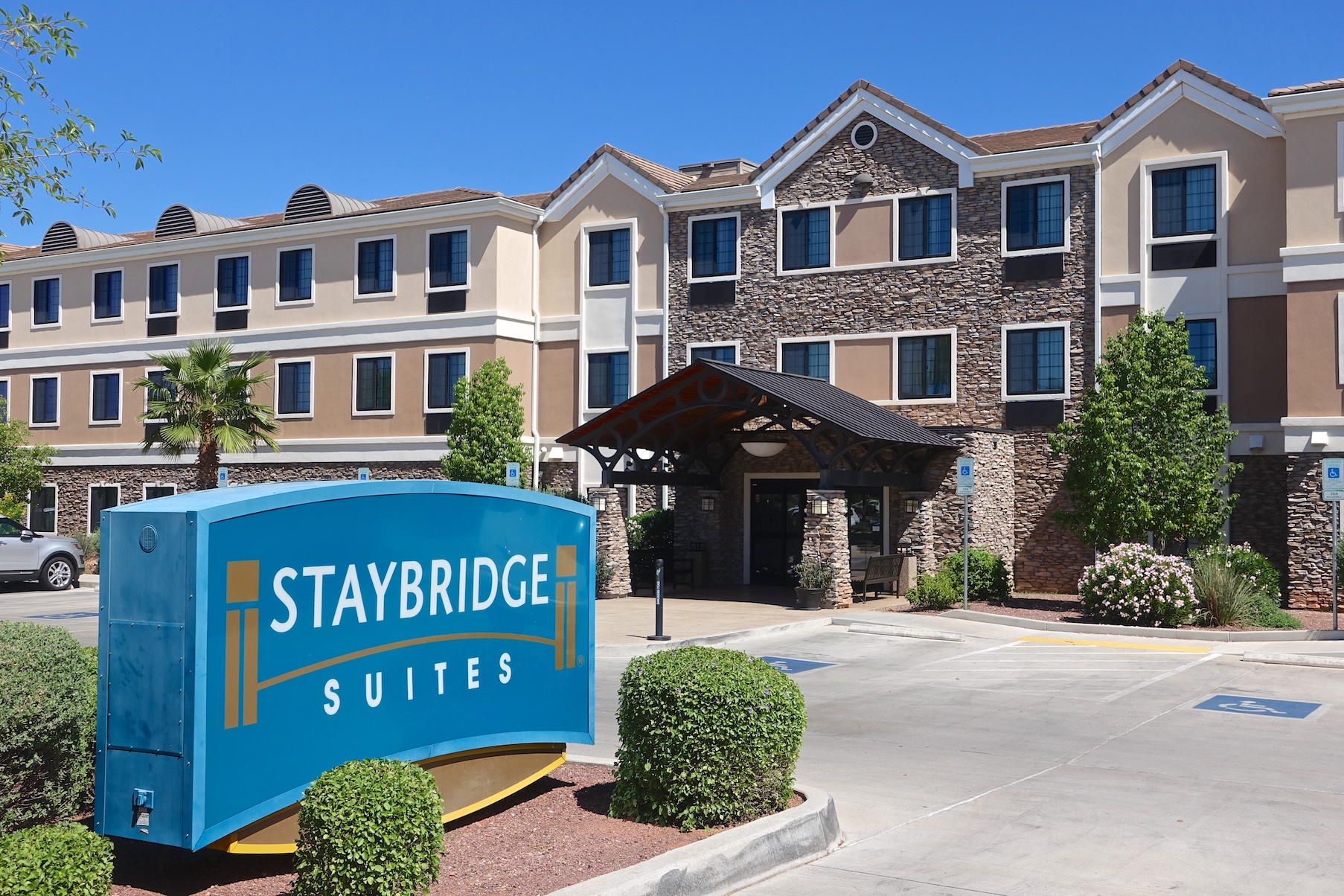 with our partner Booking.com (affiliate link*).