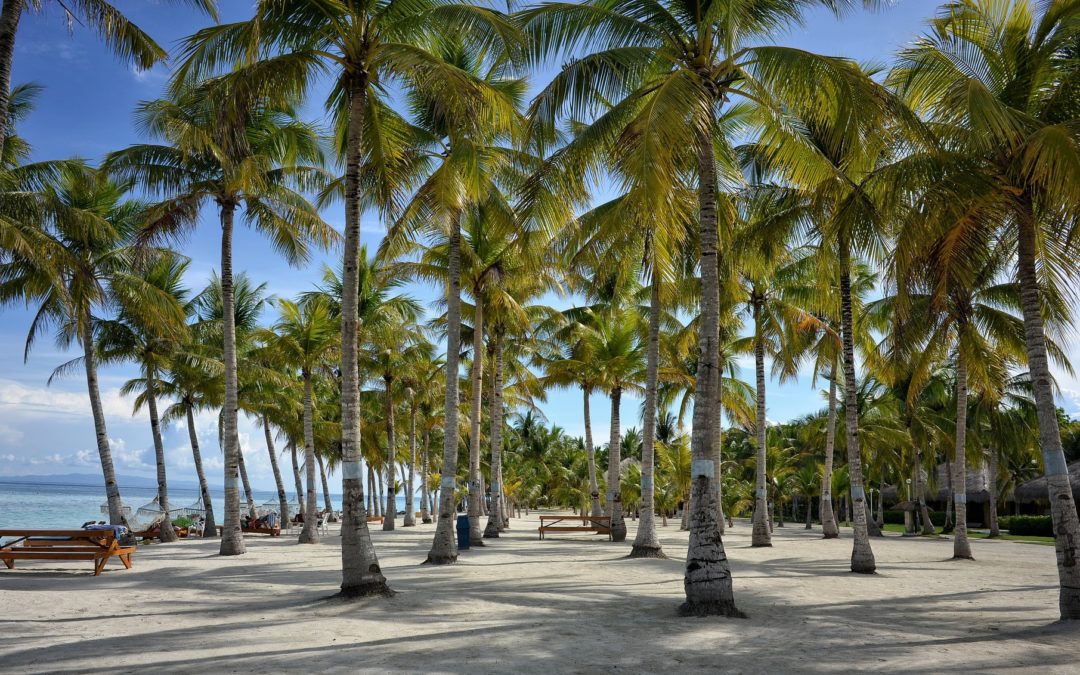 When you hear the word chocolates, what comes to your mind? Sweet… one of the popular comfort food… a quick refresher after a long tiring day. Yes, agree? Definitely I will treat you to a breathtaking view of a thousand beautiful cone-shaped hills or what we call “Chocolate Hills”. Something that makes you feel relaxed and peaceful.

Come and join me on my adventure in one of the best tourist destinations in the country – Bohol Island. The best way to get from Cebu Island to Bohol is to take the fast ferry (a 2-hour trip). Make sure to pack light and wear comfortable outfits! 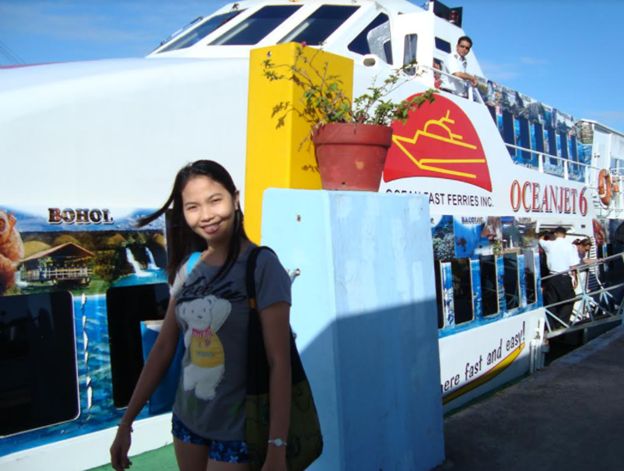 Bohol is one of the provinces in the Philippines, located at the Central Visayas of the archipelago. Its capital is Tagbilaran City. It comprises Bohol Island and numerous smaller surrounding islands. Bohol is known for coral reefs and very rare geological formations, notably the Chocolate Hills. On the main island near the town of Carmen, you can see around 1,200 symmetrical mounds turning cocoa-brown in the dry season, contrasting with the surrounding jungle’s greenery.

This formation is one of the prides of the country. It has been declared as the country’s third National Geological Monument and proposed for inclusion in the UNESCO World Heritage List. (source: Wikipedia) These iconic hills are even featured in the 200 Philippine Peso bill.

I am so grateful and blessed to flick through these amazing creation!

You can touch the top and bottom of the hills! Cool. 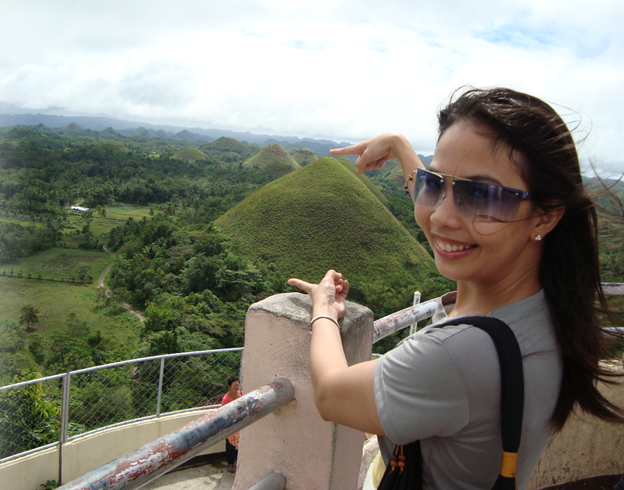 A short stop over at the Blood Compact Shrine. This well-known monument in a scenic surrounding is a statue depicting a famous blood compact in 1565. Blood compact (in Spanish: Pacto de sangre; in Filipino: Sanduguan) was an ancient ritual in the Philippines intended to seal a friendship or treaty, or to validate an agreement. The contracting parties would cut their wrists and pour their blood into a cup filled with liquid, such as wine, and both parties drink the concoction. 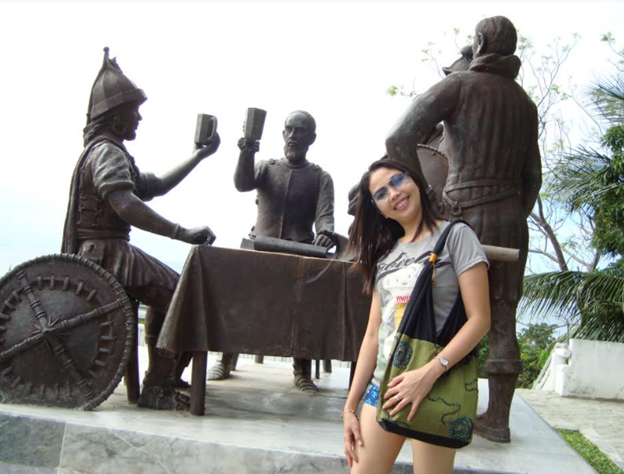 Walking along the Bilar Man-Made Forest (Mahogany trees and trail) . . . and feeling the breeze while you enjoy listening to the swaying of trees and appreciate the sunlight flickering through a canopy of incandescent leaves falling in your hand and head! So delightful! 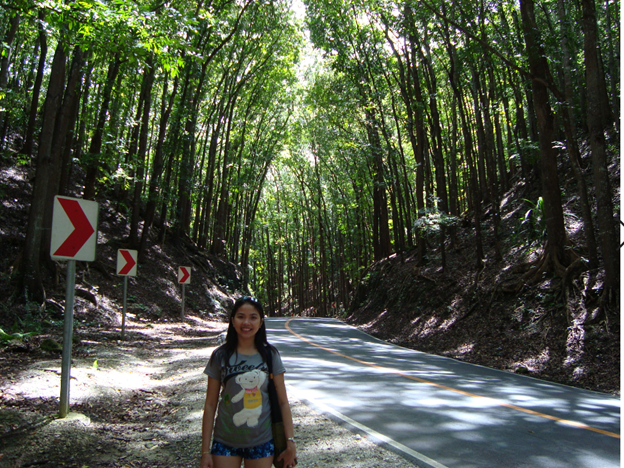 After enjoying the hills and forest, let’s try the Loboc River Cruise. It is so relaxing while cruising the Loboc river and watching the local villagers (children and elders) wearing traditional and colorful dresses and performing their cultural dance. So beautiful!

At the cruise, they serve local dishes. 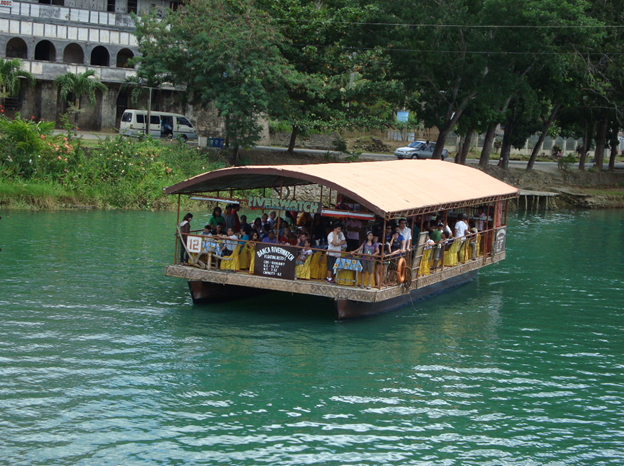 Kalamay is one of the famous delicacies in Bohol and known as Kalamay-Hati. You can taste it from extremely sweet to mildly sweet. It is unique for being sold inside halved smooth coconut shells (the endocarp of coconuts, locally known as bagol or paya). These coconut shells are then sealed with a colorful and sticky paper. Basically, it is made from well-milled glutinous rice, coconut milk, sugar and chopped peanuts. The milled rice is then poured into the half-heated coconut milk. Constant stirring is needed until the right consistency of stickiness is achieved. Two hours of constant stirring over low fire requires too much patience in cooking. It signifies the persistence, dedication and hard work of every Boholanos. 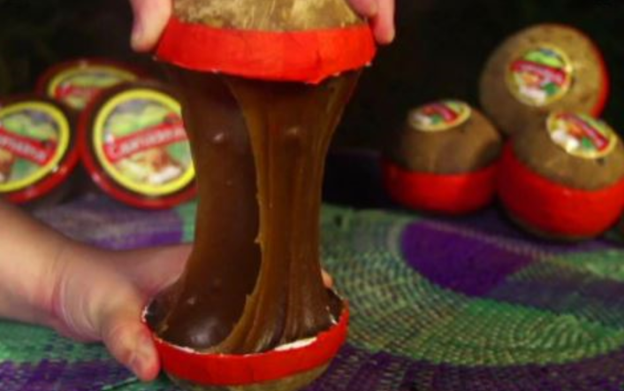 Have you seen tarsier up-close? Did you know that the Tarsier is one of the smallest known primates in the world? It is indigenous to the island and it can only be found in Bohol region in the Philippines. The Philippine Tarsier Sanctuary is a nature refuge protecting tarsiers in the archipelago. They make sure that the animals are harm-free. Tourists are encouraged to follow guidelines during visits to tarsier sanctuaries. Primarily, they must minimize noise and avoid touching the sleeping tarsiers. In addition, they must avoid using camera flash when photographing tarsiers as these could surprise or temporarily blind the animals. 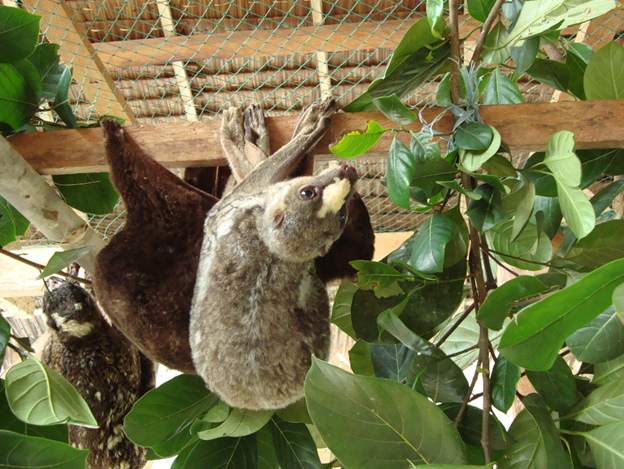 La Purisma Conception de la Virgen Maria Parish Church, commonly known as Baclayon Church, is a Roman Catholic Church in the municipality of Baclayon, within the jurisdiction of the Roman Catholic Diocese of Tagbilaran. Baclayon was founded by the Jesuit priest Juan de Torres and Gabriel Sanchez in 1596, and became the oldest Christian Settlement in Bohol. It was elevated as a parish in 1717 and the present coral stone church was completed in 1737. The Augustinian Recollects succeeded the Jesuits in 1768 and heavily renovated the church since then. The church was declared a National Cultural Treasure by the National Museum of the Philippines and a National Historical Landmark by the National Historical Commission of the Philippines. Together with the churches of Maragondon, Loboc and Guiuan, the Baclayon Church was formerly included in the UNESCO World Heritage Tentative List of the Philippines since 1993 under the collective group of Jesuit Chruches of the Philippines. When a 7.2 magnitude earthquake struck Bohol and other parts of Central Visayas in 2013, the church building sustained major damage. 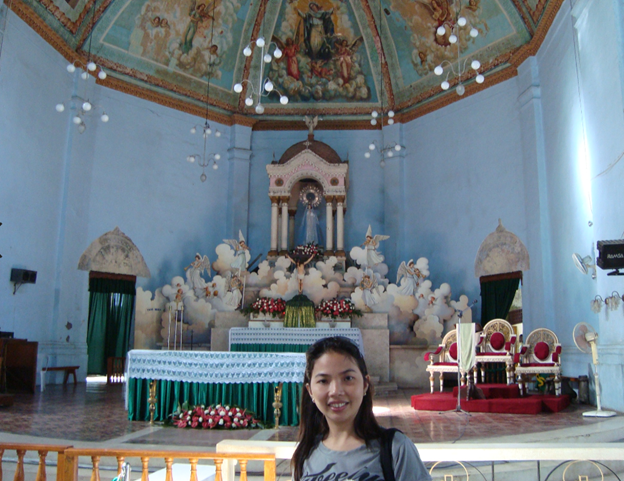 Aside from the church’s history, one interesting thing about this church is the mysterious image of the face of a man on one of its pillars. This is an image of Padre Pio of Pietrelcina. Padre Pio was a Capuchin priest from Italy and, in the Roman Catholic Church, is venerated as a Saint. According to the locals his image just mysteriously appeared on one of the pillars of the Baclayon Church. 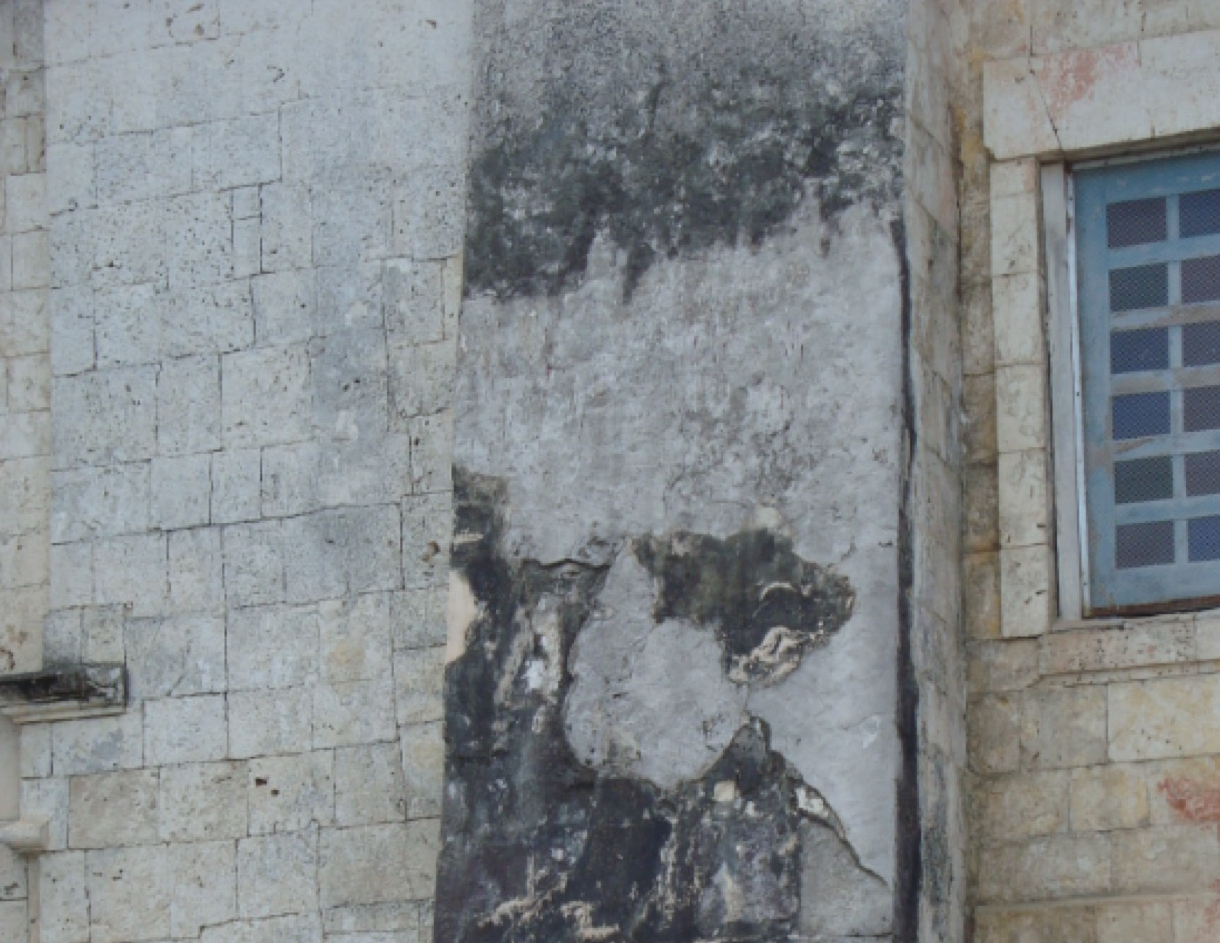 Travelling is like a butterfly: it goes where it delights and it thrills wherever it goes. We are like butterflies who want to fly and take pleasure in every second of time!

Discovery and deeper understanding of the amazing “metamorphosis” process of butterflies are opportunities for you at the Habitat Butterflies Conservation Center. So educational while enjoying your travel! 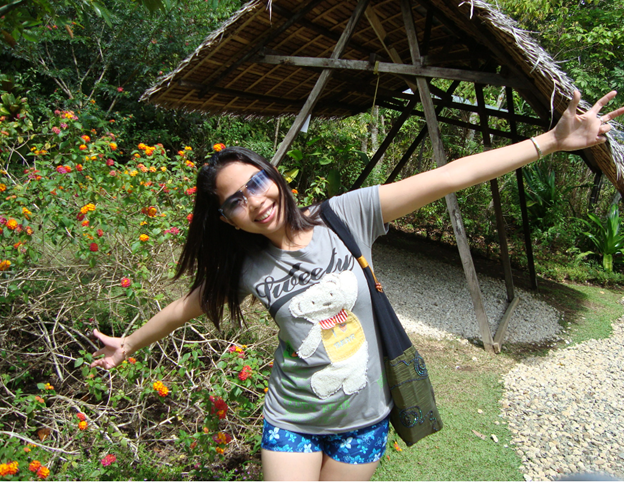 After a long day tour, let’s take some rest at the Alona Beach. It is one of the popular beaches in Bohol Island because of its white sand and the rocky cliffs. It is also known as the bustling tropical beach for snorkeling. 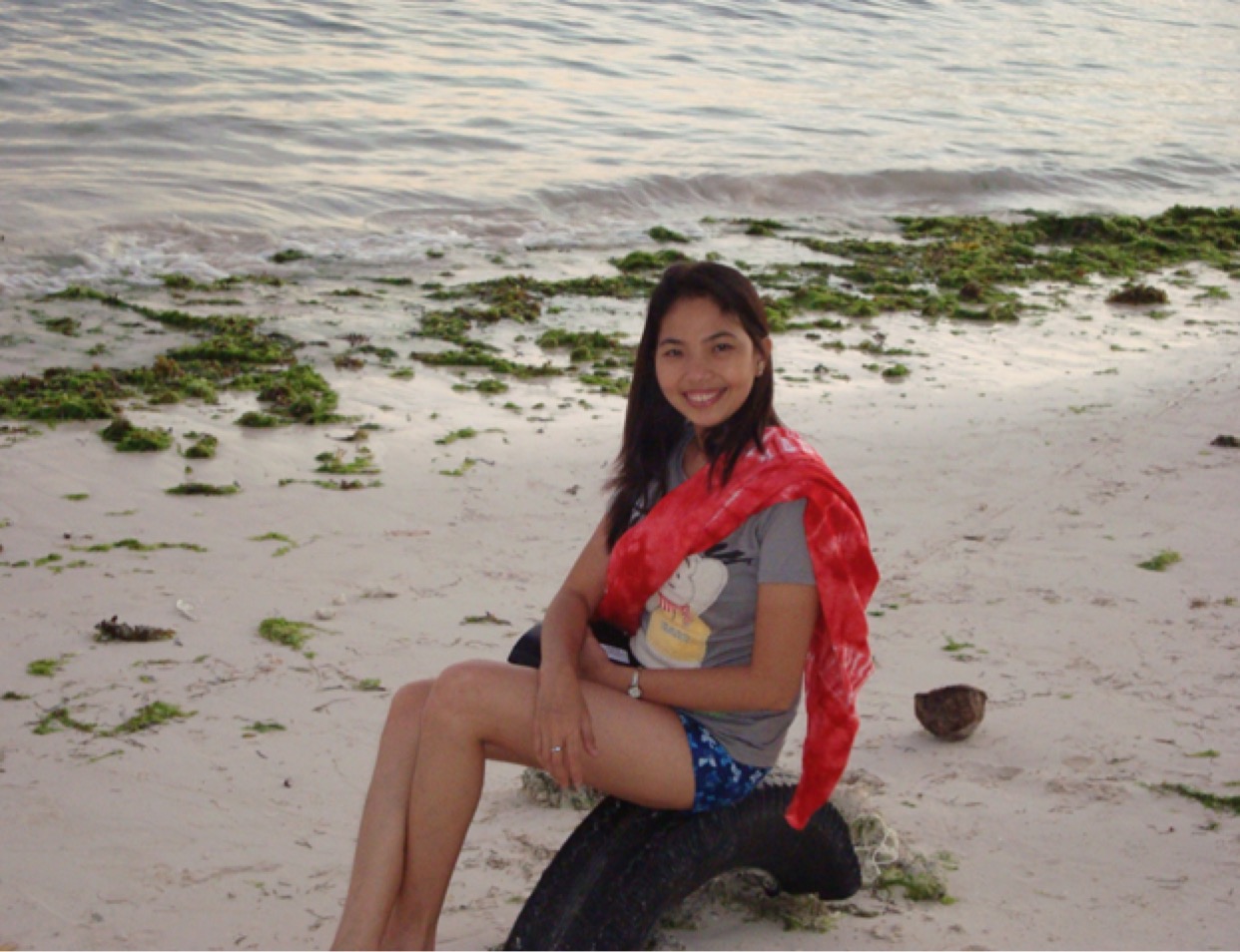 Before the day ends, let’s make our vacation complete by taking some souvenirs!

Thank you for joining me again in our adventure!

Be safe and till then!

“Travelling provides precious memories that encourage you to share to those who are excited to discover the wonder of God’s creation.” 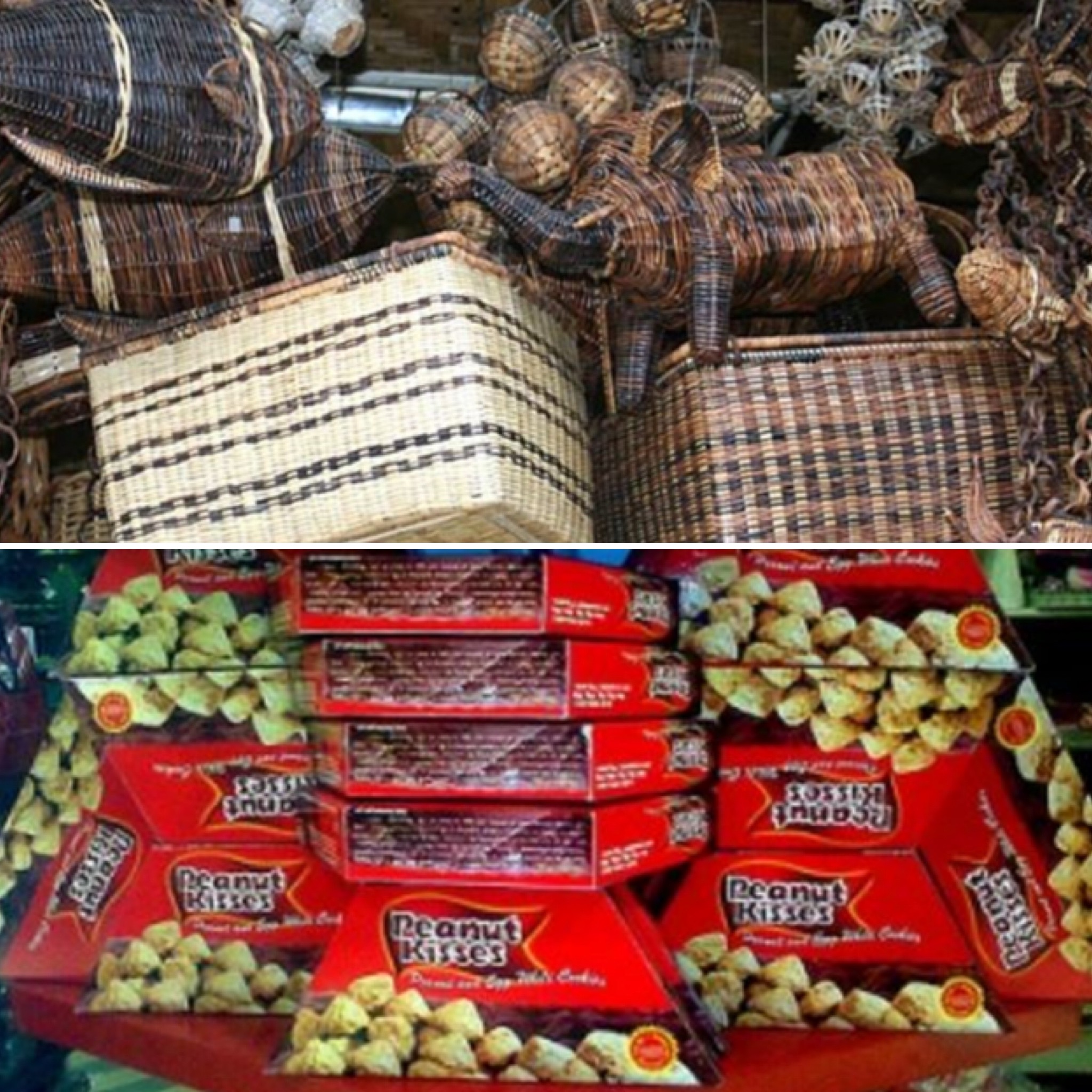 About our wonderful friend: 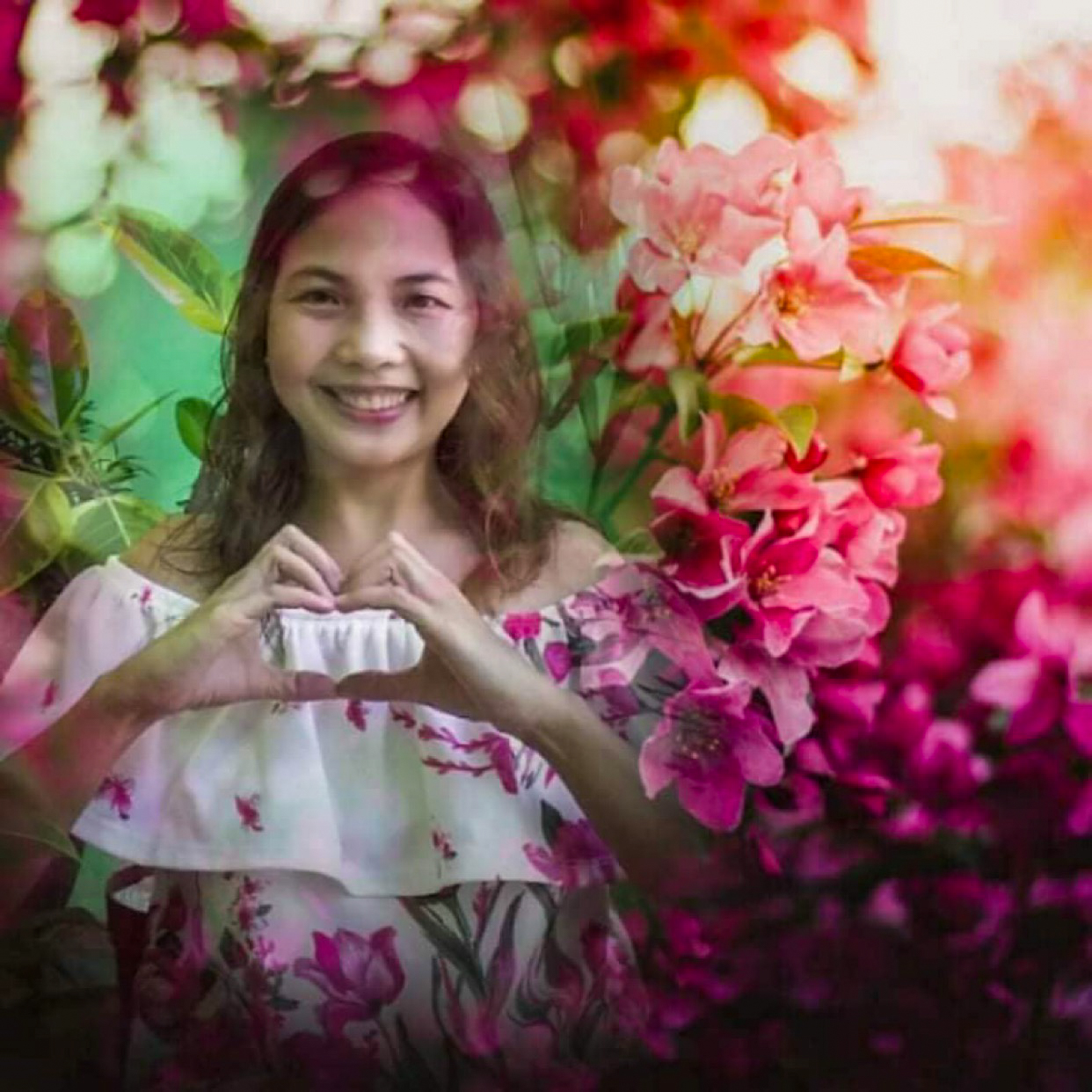 I’m Lhyn. I live in Laguna, Philippines. I studied Business Administration and work as a Human Resources Specialist. I love adventures and meeting new friends.

I’m proud to show you my country on this blog:

“Traveling is like a book that full of pages, colors, and stories that encourage you to dive into.”