Walking across the Brooklyn Bridge in New York City 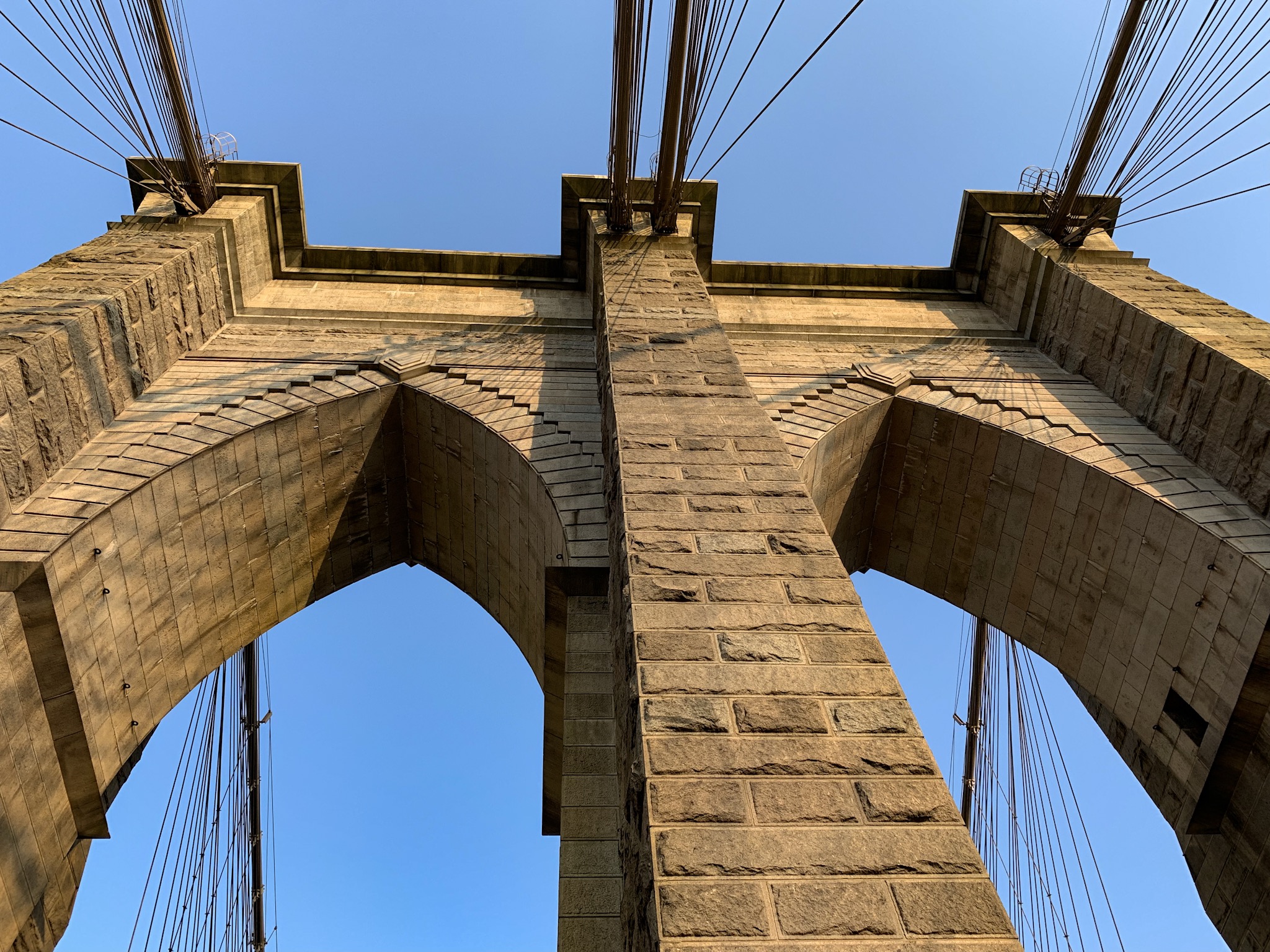 Walking the bridge from Brooklyn to Manhattan seemed to us the best way of getting acquainted with this part of the city as it slowly unfolded in front of us. Here are some views and facts about this unique bridge:

The Brooklyn bridge is a beautiful suspension bridge that opened to the public in May 1883. It was conceived by a German man named Roebling who died before its completion. His son took over to finish it until he became sick then the son’s wife Emily finished the work. The bridge was conceived to allow commuters from Brooklyn to go work in Manhattan crossing the East River. Funny fact : To convince the people about the strength of the bridge, the city asked the famous Barnum zoo to walk their 21 elephants some time later.

It will take you about 30 minutes to cross the bridge unless, like us, you stop to take pictures all the time. The bridge has 2 parts : one part down for the cars, one part up for the pedestrians and the cyclists. But watch out ! Don’t walk on the cyclist lane, they go very fast and that could be dangerous. 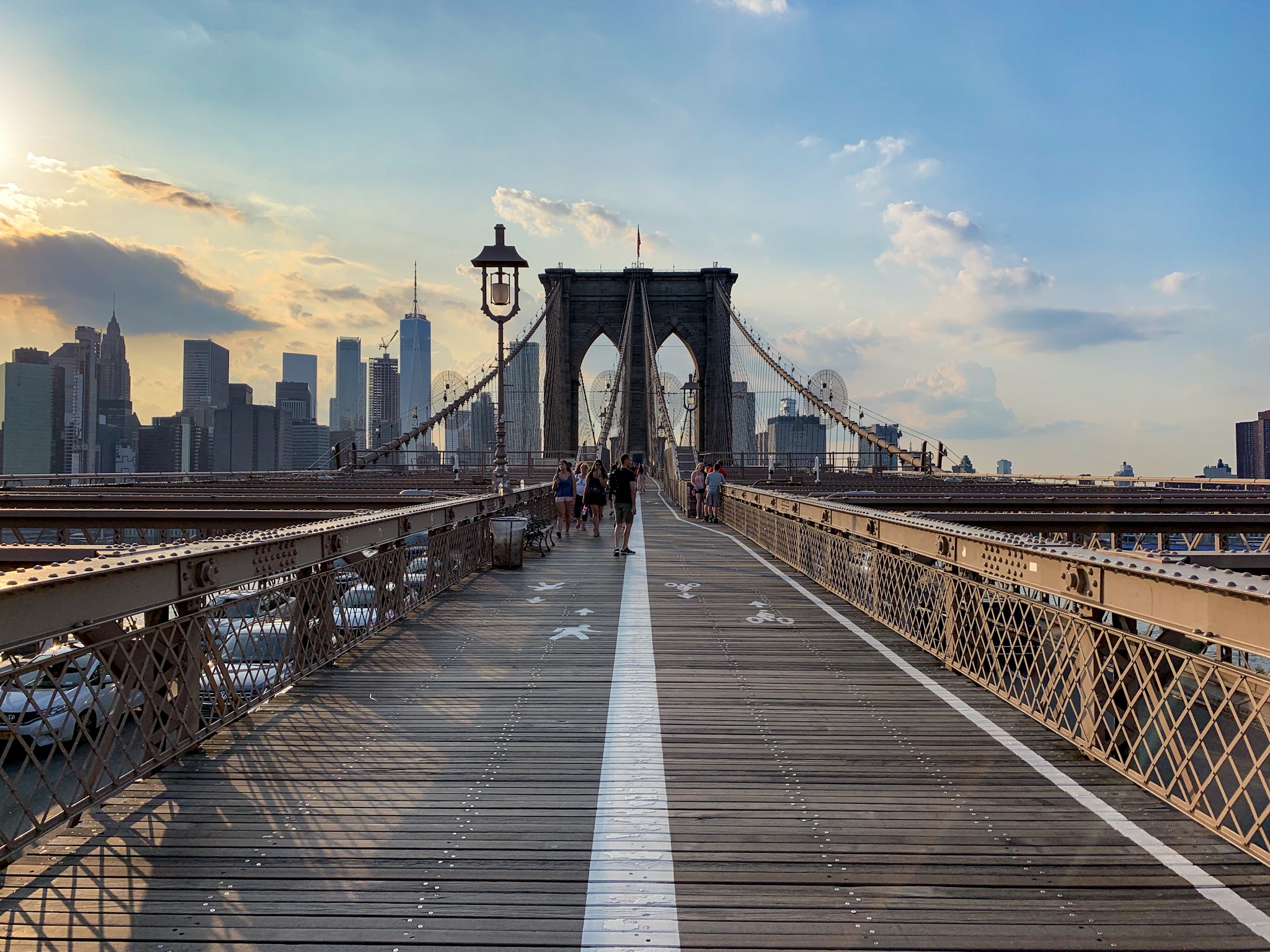 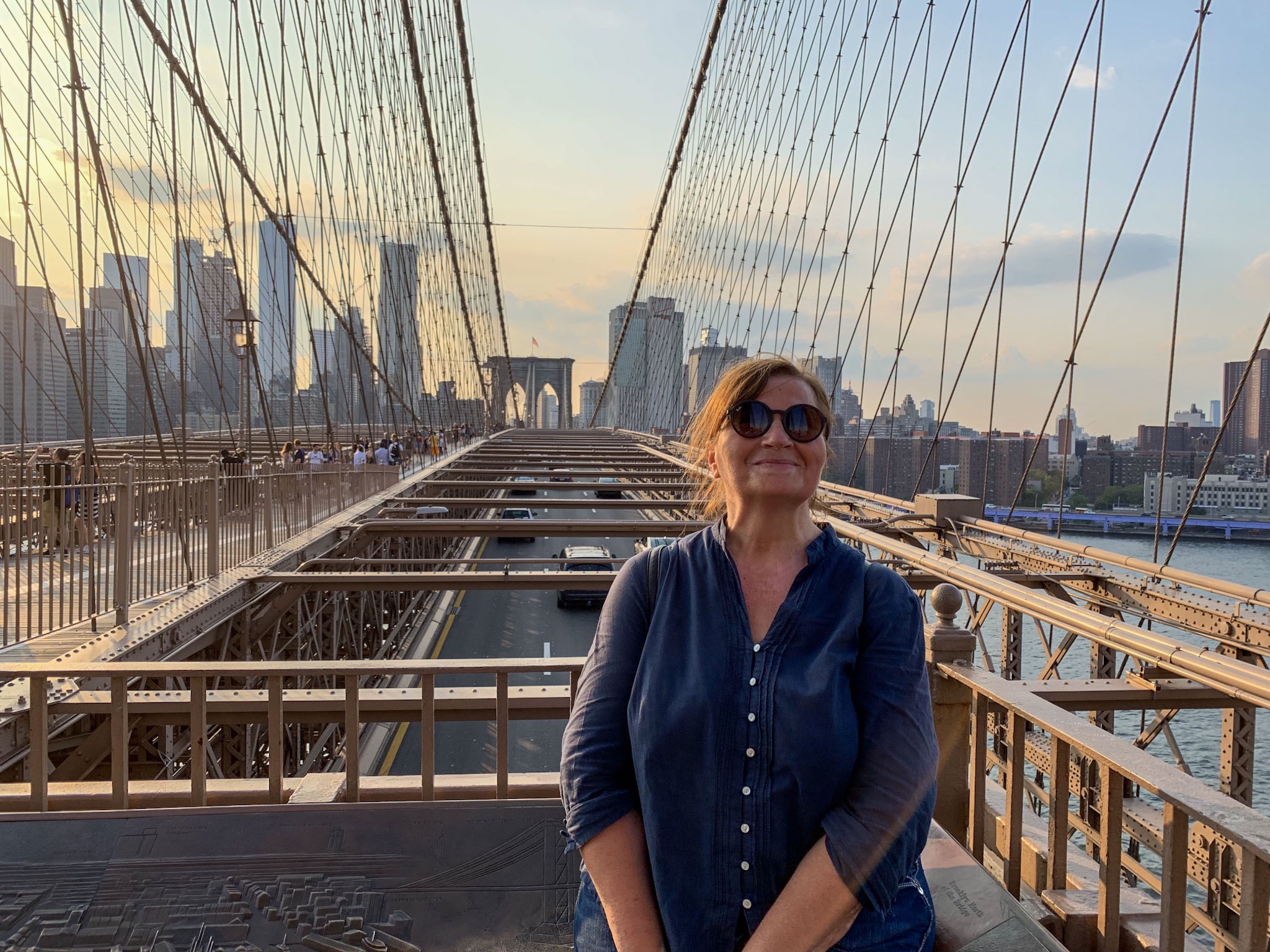 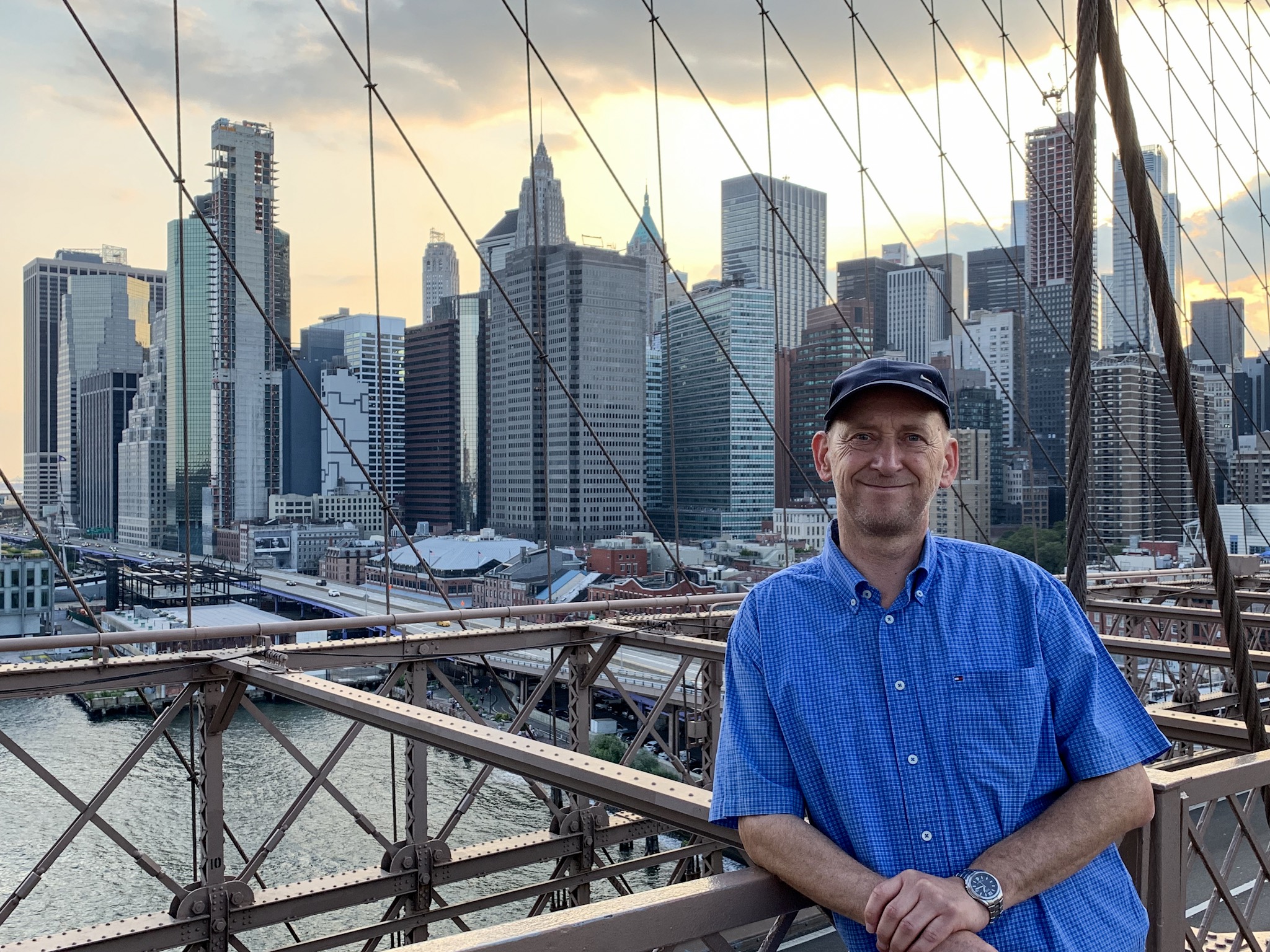 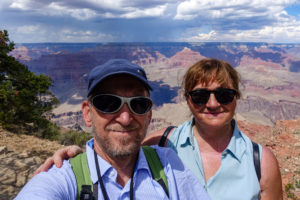